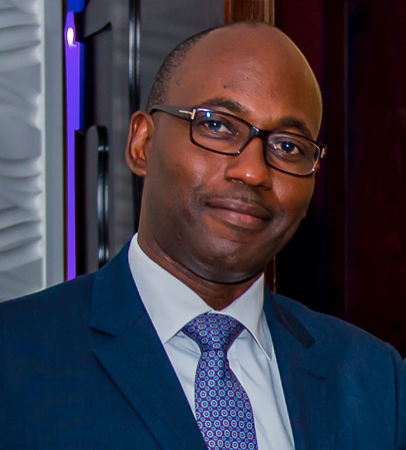 Dr. Kamotho is a Consultant Physician from Kenya. He is the Founder and CEO of Daktari Africa, a digital health company, and Director of The International Clinic, a medical consultancy.

After graduating from the University of Navarre, Spain, and doing his internship at the Kenyatta National Hospital (KNH), Nairobi, he obtained a postgraduate diploma at the London School of Hygiene and Tropical Medicine in 2000. He then returned to KNH for his Residency in Internal Medicine. In 2007 he was selected to train in Cardiology in Osaka, Japan, on a JICA scholarship. Later he attended Strathmore Business School’s Managing Healthcare Businesses (MHB) Executive Program, where he was elected the 2017 Class President.

From 2004 Dr. Kamotho worked at the Thika District Hospital as Consultant Physician and Head of the Department of Internal Medicine, and lectured at the Kenyatta University School of Medicine.
Dr. Kamotho started the Daktari Africa telemedicine platform in 2008. It has won various awards including a Vision 2030 Award from the ICT Board of Kenya, a Spring Accelerator (US) award, a Demo Africa finalist award, and a National Innovation Award.

He is married with three children, and enjoys outdoor sports and live jazz.